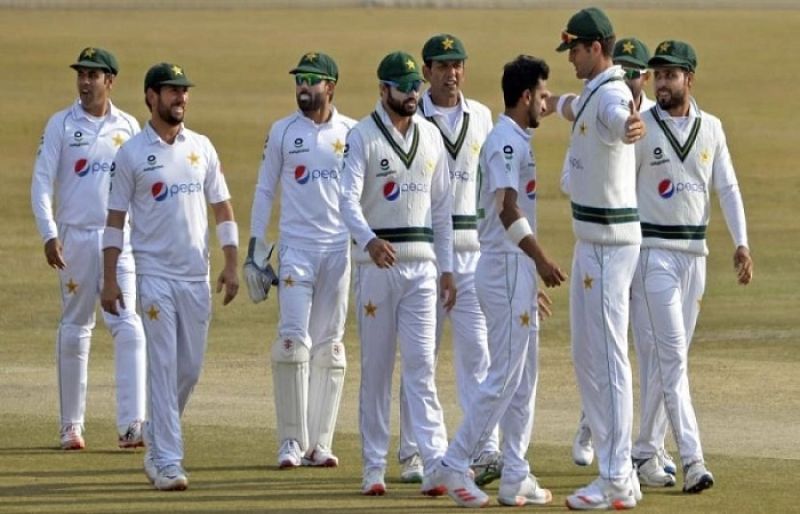 The Pakistan Cricket Board (PCB) Thursday announced the 12-man squad for the first Test match against Bangladesh.The Men in Green will clash with hosts Bangladesh in Chittagong’s Zahur Ahmed Chowdhury Stadium on Friday, November 26.
Here is the squad, led by skipper Babar Azam:

Azam acknowledged that the team had had less time to adjust to Test cricket after months of playing T20 matches.

The Pakistani skipper said his team was not taking Bangladesh lightly. “Conditions here are different [than Pakistan is used to] hence we cannot take Bangladesh lightly,” he said. “These conditions are a bit difficult and batters have to stick around on the crease to get settled.”

Babar Azam said the Men in Green will have to play with focus and patience to do well in the series.

The two sides will follow up the first Test match with another on Saturday, December 4 at the Sher-e-Bangla Cricket Stadium Mirpur, Dhaka.

Pakistan will be brimming with confidence when they take the field tomorrow against Bangladesh. The visitors completed a 3-0 whitewash over the hosts last week, winning the third and last T20 match of the series in thrilling fashion.