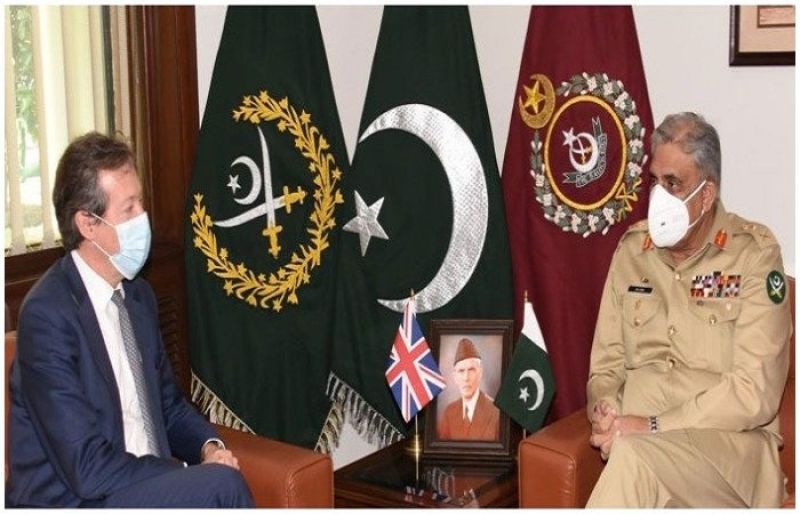 The military’s media wing said that the matters of mutual interest, regional security situation, and the recent developments in Afghanistan were discussed during the meetings.

In the meetings, General Bajwa said that Pakistan values the role of the United Kingdom and Qatar in global and regional affairs and looks forward to strengthening bilateral relations between the two countries. He said Pakistan Army also hopes for enhancing defence and security cooperation with Qatari armed forces.

The COAS reiterated the need for global convergence on Afghanistan and coordinated efforts to avoid humanitarian crises and financially uplift the people of Afghanistan.

The ISPR further stated that Casey, who is also the UK’s Special Representative on Afghanistan and Pakistan, pledged to play his part for further improvement in diplomatic cooperation with Pakistan at all levels, while the Qatari official acknowledged the professionalism of Pakistani armed forces and vowed to enhance cooperation between the two armies in various fields.

The visiting dignitaries appreciated Pakistan’s special efforts for border management with Afghanistan and its role in stabilising the Afghan and regional situation after the recent events, it added.