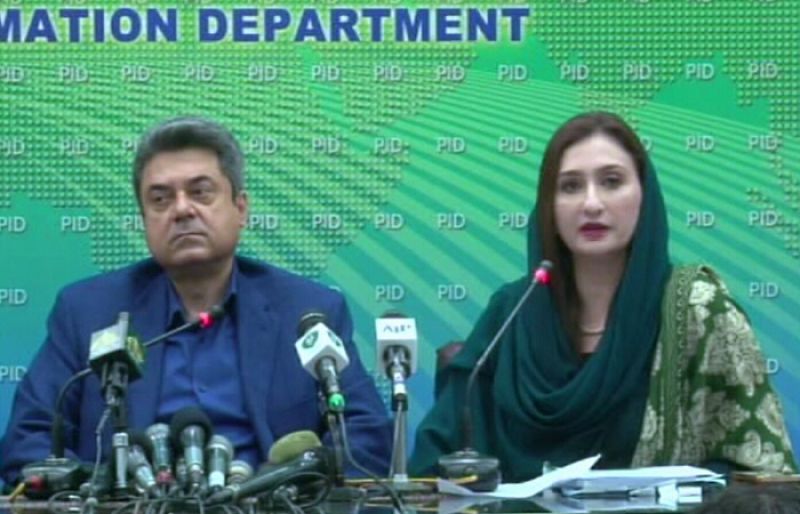 Law Minister Farogh Nasim Friday said that a bill passed by the joint sitting of Parliament related to Indian spy Kulbhushan Jadhav is not person-specific and said that it is a “national security” issue.

The minister made these comments in a press conference alongside MNA Maleeka Bokhari in response to the Opposition’s claims that the PTI had given an NRO to the Indian spy.

The ICJ, in its July 2019 judgement, had made an observation that Pakistan was under an obligation to provide by means of its own choosing effective review and reconsideration of the conviction and sentence of Jadhav, so as to ensure that full weight was given to the effect of the violation of the rights set forth in Article 36 of the Vienna Convention, taking account of paragraphs 139, 145 and 146 of the judgment.

Clarifying the government’s view on the matter, Farogh Nasim urged the Opposition to consider Pakistan’s national security matters and not make it an issue.

“This is Pakistan’s red line. India would have gone to the ICJ and filed a contempt case against us. The Modi government could have also approached the UN Security Council had we not provided Kulbhshan right to review,” the minister added.

Farogh Nasim said the bill is not person-specific and would be applied to all those who fill the criteria.

Reacting to a statement made by an Opposition leader that the US does not accept the decisions of the ICJ, the minister said we Pakistan is not the US nor is the country a banana republic.

He asked the Opposition to not make this issue a “tool for politics”.

The minister noted that with the passage of this bill, India’s dream to attack Pakistan has shattered. “We cut off India’s hands through this legislation.”