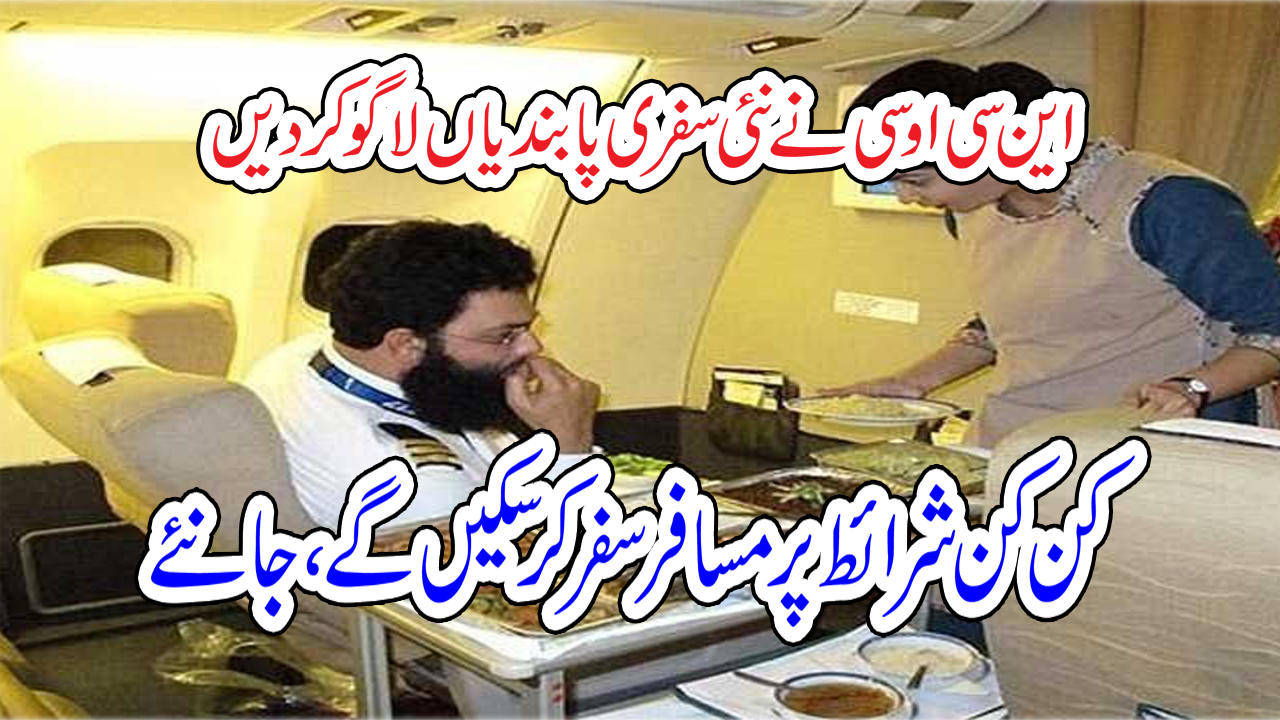 Lahore (Monitoring Desk) The distribution of food during the flight was also banned by the NCOC.

According to details, a meeting of the National Command and Operations Center (NCOC) reviewed the disease trends, discussed the growing situation in Corona and the proposed closures in case of an increase, while the provinces, especially Sindh. It has been decided to increase contacts to control the growing epidemic, and the existing NPIs have also been reviewed.

The NCOC also banned the distribution of in-flight food, instructed civil aviation to ensure the use of in-flight masks and compliance with other NPIs, while in public transport from January 17. The distribution of snacks and food will also be banned. The NCOC has also directed all the provinces to take strict measures to implement SOPs.

According to the NCOC, a special meeting has been convened by the NCOC on January 17 regarding NPIs in educational institutions, public gatherings and marriage halls, in which the provincial ministers of education and health will participate.