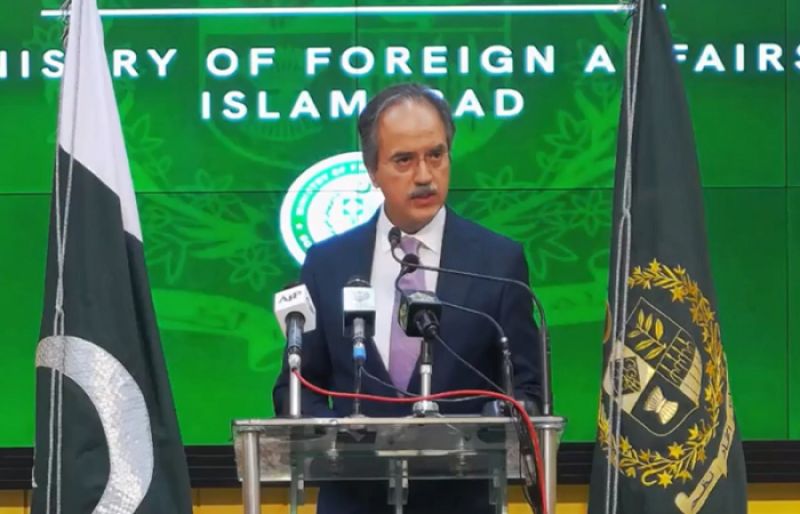 Pakistan on Thursday strongly condemned the extra-judicial killings of five more Kashmiris by Indian occupation forces a day earlier in Indian Illegally Occupied Jammu and Kashmir (IIOJK), and called on the international community to take notice of New Delhi’s state-terrorism in the valley.

Five suspected Kashmiri fighters were killed in IIOJK on Wednesday, police said, as relatives of two men shot dead during an earlier security operation demanded their bodies be returned.

Clashes between Kashmiri fighters and Indian government forces have claimed the lives of at least 140 so far this year.

The five were killed during two separate search operations by government forces in Kulgam district, police said in a series of Twitter posts.

In a statement on Thursday, Foreign Office spokesperson Asim Iftikhar said that Indian occupation forces have martyred at least 30 Kashmiris in “fake encounters or so-called cordon and search operations” since October 1.

“It further exposes the unspeakable violence being perpetrated by the Hindutva inspired extremist BJP-RSS combine that has turned IIOJK into an inferno where no one, not even innocent civilians, professionals, women, children and elderly are safe from the state-terrorism of the occupation forces,” he added.

The FO spokesman also condemned the “inhuman and callous practice” of not handing over the mortal remains of the martyred Kashmiris to their families.

“Usurping the fundamental rights of Kashmiri families by denying them the right of proper burial of martyrs further exposes the current Indian government’s moral bankruptcy,” he said.

He called on the international community to take immediate notice of Indian state-sponsored terrorism in the occupied valley and to hold India accountable for the egregious human rights violations of the innocent Kashmiri people.

“Pakistan also urges the international community to play its role for a just and peaceful resolution of the Jammu and Kashmir dispute in accordance with the relevant UNSC resolutions and wishes of the Kashmiri people for durable peace and stability in the region,” he concluded.