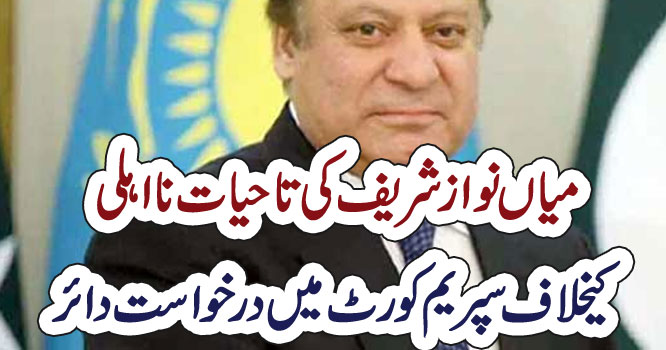 According to details, a petition has been filed in the Supreme Court seeking removal of former Prime Minister Mian Muhammad Nawaz Sharif for life. The federation has been made a party in the petition

The application of Article 184 and Article 99 has been requested to be applied only in election disputes. The verdict of the case was pronounced, under which the MPs disqualified by this provision of the Constitution will be disqualified for life.

Justice Omar Ata Bandial, while delivering the judgment, had said that the disqualification of a person under Article 62F of the Constitution would be for life and he would not be able to participate in the general elections. Pakistan Muslim League-Nawaz (PML-N) leader Nawaz Sharif and former Pakistan Tehreek-e-Insaf (PTI) secretary general Jahangir Tareen

The declaration will remain, disqualification under 62 One F will remain forever.