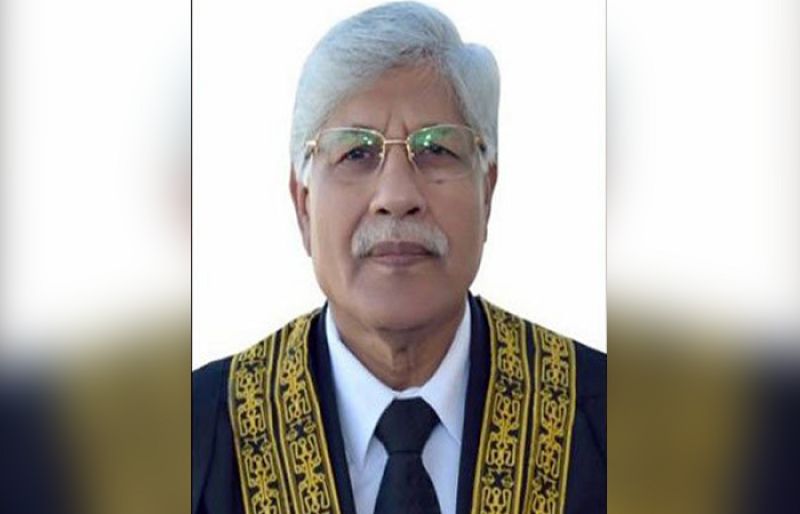 A petition has been filed in the Islam­abad High Court (IHC) seeking recovery of salaries received by former chief judge of the top court of Gilgit-Baltistan, Rana Moh­a­m­mad Shamim, for issuing a controversial affidavit.

Justice Shamim in the Nov 16 affidavit had claimed that former chief justice of Pakistan Saqib Nisar had asked an IHC judge to delay grant of bail to PML-N supremo Nawaz Sharif and Maryam Nawaz.

Chaudhry Mohammad Akram, a former vice president of the Islamabad Bar Association, in his petition cited Rana Shamim and the secretaries of law and justice and interior as respondents.

IHC Justice Tariq Meh­mood Jahangiri will take up the petition on Monday.

According to the petition, the former chief judge’s affidavit was a violation of Article 5 of the Constitution that requires every citizen to be loyal with the state and obedient to the constitution.

Advocate Akram contends in the petition that Rana Shamim has tried to scandalise the judiciary which is an important pillar of the state.

The petition requests the court to proceed against Rana Shamim and direct the federal government to place his name on Exit Control List.

The petition also says that since Rana Shamim has violated his oath of office, he should be treated as an alien to the office of the chief judge and stopped from using the title of former chief judge. Besides he should be disqualified from holding any public office in future.

The petition also seeks recovery of salaries drawn by Rana Shamim as chief judge of Gilgit-Baltistan.

The chief justice’s order issued after a preliminary hearing on Nov 15 stated: “The news report and the purported affidavit have cast scandalous aspersions on the integrity, independence and impartiality of the Court and its judges. Liberty of the press and freedom of speech are of paramount importance but they are not absolute. They are subservient to proper administration of justice.”

The court noted that the alleged contemnors has tried to undermine public confidence in impartiality and independence of the IHC and its judges.