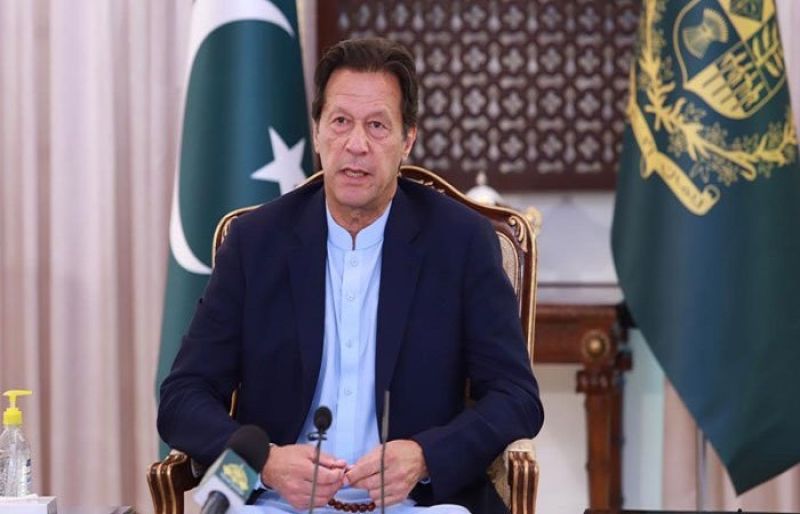 The premier advised all the relevant ministries to make efforts for facilitating the Afghans to the maximum and approved in-principle tariff and sales tax reduction on key Afghan exports to Pakistan.

The statement said that PM Imran Khan has directed to continue the provision of free-of-charge vaccination against COVID-19 to the Afghans crossing land borders.

During the meeting, the decision to allow the transportation of 50,000 megatons of wheat via Pakistan, under the assistance offered by India on humanitarian grounds, as soon as the two countries finalise the modalities.

The prime minister announced to facilitate the return of Afghans who had travelled to India for medical treatment.

Earlier, at the outset of the meeting, AICC convener and NSA Moeed Yusuf welcomed PM Imran Khan to the meeting and delivered a detailed presentation on the current economic situation in Afghanistan and the committee’s progress in coordinating national efforts for helping the neighbouring country in dealing with the crisis.

The premier appreciated the work of the AICC in coordinating Pakistan’s policy and expressed satisfaction with the improved border management protocols.

He ordered the enhancement of border staff’s capacity and directed that no arbitrary closures of borders for trade should be allowed.

Moreover, the prime minister also ordered the revival of bus service between Peshawar and Jalalabad to facilitate travellers on both sides.

The meeting decided that the visa duration will be relaxed for Afghans “such that visas are granted within three weeks at the most”.

Meanwhile, the participants of the meeting expressed concerns regarding the worsening Afghan crisis and stressed not abandoning the Afghans in their time of need.

At this, PM Imran Khan reiterated his emphasis on the international community’s collective responsibility to support Afghanistan.

He underscored that Afghans are one of the bravest nations of the earth who can meet any adversity but that the world owed them “its support to ensure that they can live in a peaceful and stable environment after years of constant conflict”.

The premier directed NSA Yusuf to visit Afghanistan to hold delegation-level talks and agree on specific areas where immediate capacity-building support shall be provided to Afghans.

According to the statement, a senior delegation of Afghan health officials will also visit Islamabad later this week to work out modalities for Pakistan’s support of Afghanistan’s health sector.