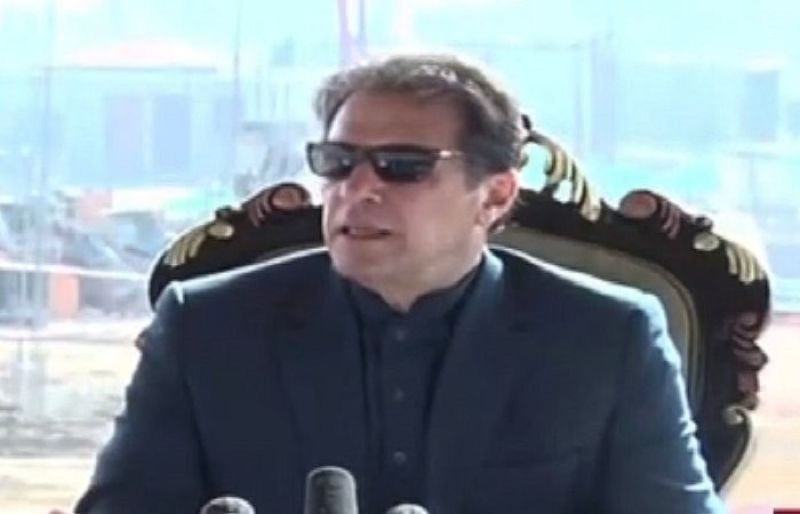 Prime Minister Imran Khan today visited the site of 4400 under-construction houses under the Naya Pakistan Housing Project and said it was for the first time that the people who could never afford, could now own a house of their own.

“No government in the past cared for the low-income segment of the society, who had no shelter,” Imran Khan said after visiting the construction site at Farash Town, in the suburbs of Islamabad.

Around 4400 apartments are being constructed in collaboration with CDA, Naya Pakistan Housing and Development Authority and FWO at a very fast pace. The Prime Minister was given a detailed briefing and informed that the pace of the project was according to the schedule. Prime Minister Imran Khan had performed ground-breaking of the project in April this year.

The apartments were being constructed on 70 kanals of land and out of these 2000 houses have been reserved for low-income groups registered under the Naya Pakistan Housing, 400 were for the slum dwellers and 2000 for middle income and salaried class people. The entire project would cost Rs 15.3 billion.

In his address, the Prime Minister regretted that the previous governments did not pay heed to the basic needs of people including affordable housing. He said the banks were asked to provide mortgages to the people to help them construct a house of their choice. He pointed that currently, the mortgage facility in India was 10 per cent, 30 per cent in Malaysia 30, while it was around 80 per cent in the West.

However, in Pakistan, it was zero and it took two years to make foreclosure laws of banks aimed at facilitating the general public in the construction of houses. He said the government, besides undertaking the construction was also providing a subsidy of Rs 300,000 for each house and providing loans at a very small markup.

“It is our effort that the people have to pay less every month, almost equivalent to what they pay for monthly rent,” he said.

He said the government offered 90 per cent exemption on taxes on the construction sector and said despite the negative impact of Covid19 all over the world, Pakistan was one of the few countries as it kept its construction sector open and the people had an opportunity to earn their livelihood.

He said the banks have applications in process amounting to around Rs 226 bln, while the cases for Rs 90 billion have been finalised.

He said currently 100,000 houses were under construction he said it took almost two years to put in place a structure that can take up this difficult task. However, now the Naya Pakistan Authority was fully functional to plan and execute the objective of construction of low-cost houses.