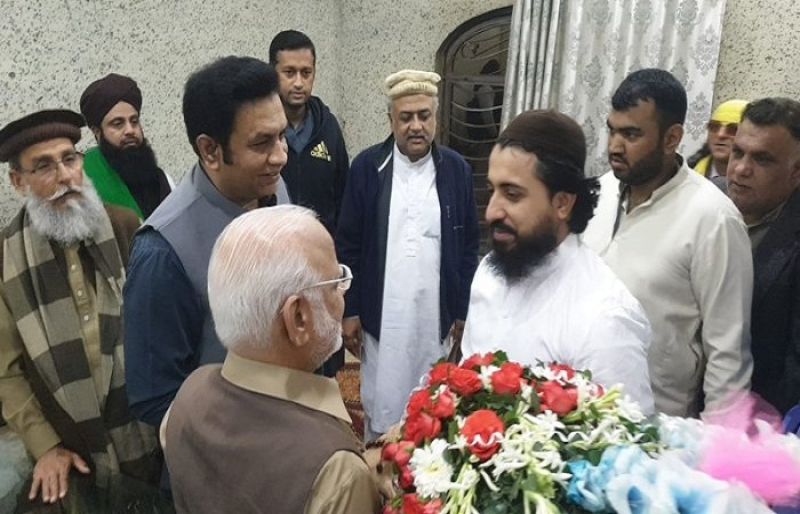 The TLP chief was released from jail on Thursday after more than seven months following a deal between the government and the party, the contents of which are yet to be publicly shared.

Rizvi was taken into custody on deputy commissioner Lahore’s directives in April shortly after the party announced countrywide protests.

Chaudhry, in his meeting with Rizvi at the Rehmatul Lil Alameen Mosque in Lahore, also presented a bouquet to the TLP chief and congratulated him on his release from prison.

By showing up with a bouquet, Chaudhry made good on a promise he had made earlier this month. Speaking to Geo News, he said: “I will present a bouquet to Saad Rizvi when he is released.”

Speaking to the media after the meeting, Chaudhry said he came to meet Rizvi as a gesture of goodwill and that it is the government’s responsibility to stay in contact with leaders who are “different from others”.

“It is the responsibility of the state to build such ties with the people that create an atmosphere of harmony,” Chaudhry added.

The PTI leader said he had expressed satisfaction over the government’s agreement with TLP, and following the implementation of the deal, he had arrived at Rizvi’s residence to meet him.

In response to a journalist’s question whether he had visited Rizvi after seeking permission from Prime Minister Imran Khan, he said he “never meets” anyone without the premier’s nod.

Responding to another question, he said it was too early to say whether the prime minister would hold a meeting with the TLP chief.