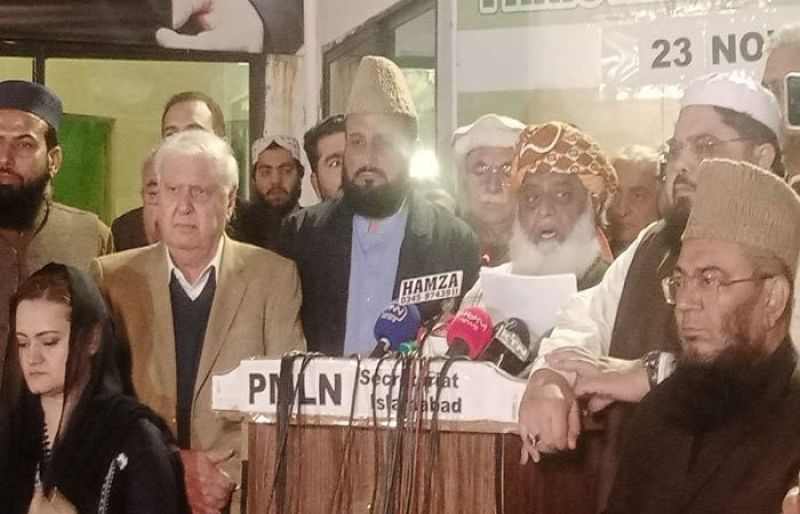 Pakistan Democratic Movement (PDM) President Maulana Fazlur Rehman said Tuesday that the judiciary’s integrity had come into question after recent allegations “from within”.

The JUI-F chief, speaking to the media, was referring to the recent affidavit submitted by former Gilgit-Baltistan chief justice Rana Shamim and an audio clip that allegedly features the voice of ex-chief justice of Pakistan Saqib Nisar.

Fazl was speaking to the media after a PDM meeting, saying that the “conspiracies” that took place against former prime minister Nawaz Sharif, his party and leaders of other political parties, were in reality conspiracies against the country and its democracy.

“We respect the courts but are also hurt,” he said, referring to the Rana Shamim affidavit and the alleged Justice (retd) Saqib Nisar audio clip.

The JUI-F leader said that the recent controversies had raised questions on the freedom and independence of the judiciary. “With a heavy heart, we think that they [judiciary] will have to regain their status through their character,” he added.

The PDM leader said that these conspiracies were the main reason why Pakistan was facing an economic crisis today.

Fazl said that the PDM will hold its next meeting on December 6 where the Opposition alliance will take “final and important decisions.”

The JUI-F chief said the entire nation was demanding an independent election commission. “It is totally unacceptable to clip the ECP’s wings,” he said, adding that the Constitution already lays down the powers of the commission.

Fazl lashed out at the “fake government”, saying that it had promised the government one 10 million jobs but had “stolen” over 5 million so far from the people.

He said that the joint Opposition will play a role in guaranteeing that overseas Pakistanis “have representation in the Parliament”, warning them not to get caught up in the government’s “lies”.

Speaking about the electronic voting machines (EVMs), he said the government wanted to hold elections when the world had rejected the same process.

“We reject this pre-poll rigging,” he said, referring to the government’s move to pass laws relating to the voting machines.

Taking aim at the government’s economic policies, Fazl said it had made the State Bank a “branch of the IMF”.