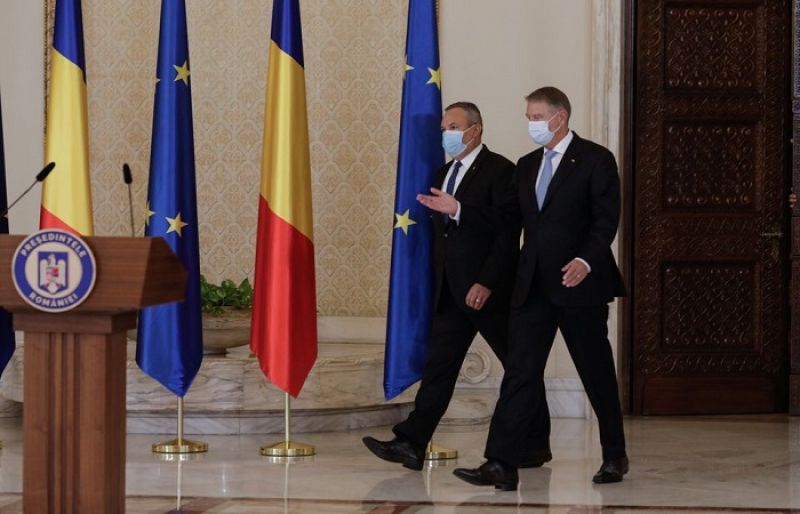 Romania, one of the European Union’s poorest members, has been in political paralysis since a centrist coalition government splintered in September, threatening economic recovery and efforts to cut large budget and trade deficits.

“We’ve been working to create this solid coalition, and this government that is able to ensure Romania’s stability … Romanians are waiting for solutions to fight the impact of pandemic and the energy crisis,” Ciuca told reporters.

Ciuca, 54, a Liberal currently serving as caretaker defence minister, served in U.S.-led military campaigns in Iraq and Afghanistan. He is expected to easily win a parliamentary vote of confidence as his coalition controls 65% of seats.

The Liberals and their junior partners, the ethnic Hungarian UDMR, and the Social Democrats (PSD) had said they would install a cabinet on Nov. 25, to fight the deadliest COVID-19 wave since the start of the pandemic.

The coalition will rotate premiers every one and a half years, with the PSD holding the powerful finance, farming, defence and transport ministries and the Liberals at the helm of key departments such as justice, energy, home and foreign affairs departments.

Coalition parties jointly control two thirds of parliament. Analysts, however, have said a political setup of centrists and leftists could find itself on a bumpy road in the months ahead, potentially due to different views on reforming the judiciary.

“The social package is the most important for us,” PSD spokesman Radu Oprea told reporters, noting it allowed for an increase in pensions, allowances and the minimum wage.

The coalition agreed to raise pensions by 10% next year along with other measures, including hiking child benefits, which will cost an overall 13.6 billion lei ($3.1 billion).

A one-off payment will be given to retirees with small pensions to meet energy bills this winter.