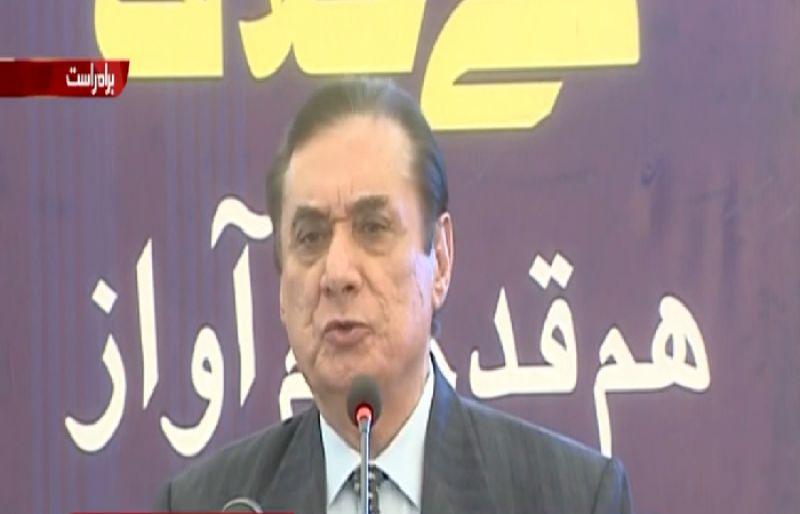 National Accountability Bureau (NAB) Chairman Javed Iqbal on Thursday defended the watchdog’s conduct after questions were raised in political circles on the whereabouts of the monetary recoveries worth hundreds of billions of rupees made by NAB.

In a parliamentary testimony on Nov 3, the Ministry of Finance had expressed complete ignorance about the whereabouts of over Rs821 billion, except Rs6.458bn, that the NAB claimed to have recovered since its inception some 16 years ago. The PPP had subsequently demanded a probe on the matter, while the NAB had issued a report detailing the recoveries it made since its inception in 1999.

Addressing a ceremony in Lahore, Iqbal termed the episode a “storm in a teacup”. He said a bulk of the recoveries made by NAB were not in the form of currency bills but in physical assets such as property, land and wheat.

“A complete audit of NAB has been carried out three times, and with God’s grace, apart from two to four ordinary lapses, nothing [unusual or strange] came to the fore,” he said.

“So when this storm in a teacup was created then the ones responsible didn’t know that NAB has kept a record of every single penny,” Iqbal said.

The NAB chairman said in the four years under him the accountability watchdog registered 1,270 references involving a sum of Rs1,386 billion.

He said none of the references were “made up in the air”, adding that the bureau would still be reviewing all the 1,270 references.

“Where NAB feels some that some references are very weak or very old and sometimes convictions don’t happen because there are technical reasons […] we are reviewing them again and if it is felt [that references are weak then we will close them].”

Responding to criticism on NAB cases not reaching their conclusion, the chairman said a case reaches its “logical end” when a reference is sent to the relevant court. He explained that deciding on cases was the job of accountability courts and not of the watchdog.