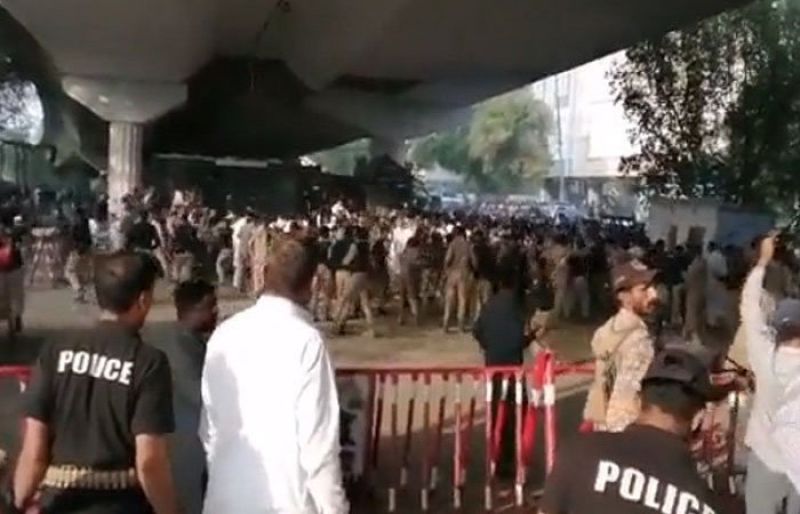 Police baton charges crowd outside Nasla Tower on Friday.According to the details, the police had to baton charge the gathered protesters in order to disperse them away from Nasla Tower.
The protesters demanded that the demolition of Nasla Tower should be stopped meanwhile police battalion arrived at the place.

As per the details shared by police sources, the protesters wanted to hinder Shahrah-e-Faisal while a spat between both the parties also took place. It is pertinent to mention here that the protesters also hurled slogans.